So You Just Got A New Drone?

Operation of an unmanned aircraft system (UAS) comes under the general jurisdiction of the Federal Aviation Administration, and there may be additional state and local rules that apply. The UAS pilot is responsible for knowing, understanding and following ALL those rules. Among those rules is a requirement to register your drone if it weighs over about half a pound (0.55 to be exact), a minimum age requirement (13) to fly it unsupervised, and a list of areas where it’s not legal to fly your drone, or at least not without some prior coordination with an airport or air traffic control facility.

If you plan to use a drone for business (like aerial photography or roof inspection) there are additional rules. The UAS field is expanding much, much faster than anyone really expected, so the rules in some cases are still being developed. This makes it a bit confusing for a new UAS pilot to learn all the things he or she needs to know, but there are some excellent resources online that have pulled a lot of the information together. Of course, you can do a lot of research on your own at www.faa.gov/, but one of the best places to find a whole bunch of information in one spot is www.knowbeforeyoufly.org.

There is also a smartphone app called B4UFLY available for iPhone and Android. It’s still a bit of a work in progress, but has a lot of basic helpful information, including the capability to tell you if you’re in an area where flight is prohibited, allowed with some restrictions, or you’re just good to go. If you’re flying strictly for fun, a UAS is considered a model aircraft, and the Academy of Model Aircraft has a very good set of safety guidelines that is worth a look. You can find them at www.modelaircraft.org/files/105.pdf.

The bottom line is that your new acquisition is not a toy; it’s got the capability to do some serious damage to people and property if it isn’t operated thoughtfully and safely. Flying is a lot of fun, but it’s a lot of responsibility too. Know the rules, follow the rules, and enjoy your new UAS safely.

by The AllDigital Team

As exciting as drones are proving for both hobbyists and commercial filmmakers, local and federal governments in the United States are continuously enacting legislation that governs the use of drones for shooting video.

Filmmakers and video production professionals need to pay particular attention to the rules because the FAA requires anyone using drones for commercial purposes to get special permission to do so.

Have a look at the infographic below for an overview of the rules you need to know. This isn’t meant to be legal advice, just a heads-up for all the little details you must take into account when shooting commercial footage with your drone: 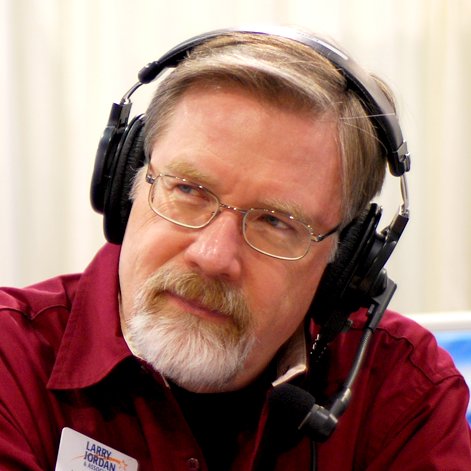 Recently, the Digital Production Buzz interviewed two founders of a company that specializes in flying drones for videography. After watching the interview, Mike wrote to share some important information and clarifications on flying drones.

Current FAA rules stipulate that no drone can be flown within 5 miles of any airport, nor can they be flown inside any national park without a special permit; and this permit does not include state parks or national forests. Also, all flights must be kept below 500 feet.

by The Pinkston Group

That phrase will make any public relations professional cringe in agony. It means a spokesman has just shared information or an opinion with a reporter he should not have shared. It also means the PR advisor has failed in their duty to properly prepare the spokesman for an interview by setting and clearly explaining the ground rules.

There’s a saying that sums up everything you need to know about an interview: The microphone is always on. If you conduct an interview with the understanding that everything you say may be quoted and attributed to you, you should be able to avoid pitfalls.

However, there are cases where it may be necessary to provide a reporter with information or analysis without attribution. It’s absolutely vital that the ground rules for this kind of interview be set in advance and clearly understood by all parties involved.

Confusion about these ground rules — whether an interview is on the record, off the record or on background — has contributed to countless awkward situations for political figures and business leaders. But the consequences can go far beyond awkwardness. Failure to understand the fundamentals of the media and what it means to be on or off the record lead to situations where you damage your reputation and put your organization at legal or financial risk.

Here’s a guide to the three primary arrangements that govern how a reporter may use the information given in an interview.

Don’t let companies take advantage of you. Here’s why…..

(be sure to click on the Part Two video for more.)

The most common YouTube Video copyright infringement involves using songs in without permission of the copyright holder that cannot be claimed as “Fair Use”.

In May 2008, Viacom brought a $1 billion lawsuit against YouTube for allegedly failing to protect the rights of copyright owners. The most common cases of copyright infringement involve using songs in a film or video without permission of the copyright holder, or placing segments of movies or music videos on websites where it is easy for the public to download them. Such actions have cost studios millions of dollars in royalties. Therefore, the giants of the entertainment industry have begun cracking down on websites such as YouTube.

YouTube, in response to these accusations, started to remove videos that may use segments of music or film without the copyright owner’s permission. Accounts posting such videos have also been suspended. Fan videos that incorporate a celebrity picture slideshow using a song as the primary audio track and videos of musicians playing covers of famous songs are common examples of videos that have been deleted from YouTube as a result of alleged copyright infringement.

Besides the removal of the video and suspension of the account, penalties for such actions can be extreme. If a music company believes that posting such videos is music piracy, it can file suit and be awarded up to $150, 000 per song. On the criminal side, jail time in federal prison is also a possibility for anyone convicted. Because of these harsh penalties – even though only a remote possibility – it is extremely important to protect yourself from any allegations of copyright infringement. Copyright violations are equivalent to theft, both legally and morally. Proving there is no infringement can take time and effort. Why risk the penalties?

If your work is for educational purposes, then use of copyrighted material falls under the “Fair Use” provision, which allows reasonable use of copyrighted work, without permission, for research, criticism, or education. A notice at the beginning or end of your production giving credit to copyright owners for their work is usually sufficient. Be aware, however, that not citing sources, or attempting to pass off copyrighted material as your own work, is not considered “fair use.” It is plagiarism and can result in harsh penalties.

Works with expired copyrights are considered to be in the “public domain” and can be used without fear of liability of infringement. The major catch in this provision is that copyrights have very long terms before expiry. For example, any sound recording published in the United States after March 1989 will not be available to the public until March 2049 at the earliest. As of January 2009, the only sound recordings that are automatically available in the public domain are those published before 1923, and those published between February 15, 1972 and March 1989 without a copyright. All other recordings may be in the public domain, but further investigation would be required.

Both “fair use” and “public domain” are gray areas, making it difficult to ensure that you are not infringing the rights of others. The safest action to take is to get permission (usually a written contract, known as a license) from the copyright owner of any material being used in your video production.

The music labels commonly hold the copyrights for sound recordings. The Recording Industry Association of America (RIAA) is a major blanket organization that works with many major labels and is an excellent resource for you to obtain a license to use music as part of your production. Licensing agencies can aid in procuring a license. Examples of licensing agencies include The Harry Fox Agency, American Society of Composers, Authors and Publishers (ASCAP), Broadcast Music Incorporated (BMI) and Sound Exchange. Most licensing agencies are blanket agencies that cover many labels. To get licenses for just one or two songs, however, it is usually easiest to contact the individual label.

Licenses can be requested using a simple letter to the copyright owner asking for authority to use the copyrighted material. The letter should incorporate a complete explanation of the work to be used and how you will use it. Include a place in the letter for the owner to sign and send back a response.

Contributing editor Attorney Mark Levy specializes in intellectual property law. Saba Siddiqui is a senior in high school and a legal intern for Mark Levy. She plans to attend law school after university.

Since Mr. Levy’s story was first posted, as of late September 2009, Google (owner of YouTube) has now changed its rules regarding copyright. Google will begin to allow copyright content to remain up unless the copyright owner objects. This new decision comes in most part from a popular viral wedding dance video that has become Sony Music’s 8th most popular song. Read more about the changes in our blog.